This file is in .PDF format and requires Adobe Acrobat to view.

Before you download this free copy of Secrets of the Ninja as it first appeared in 1980, just like you to read this short saga of why we are again offering this book for FREE!

Secrets of the Ninja is, without doubt, the best selling book on Ninjitsu ever written. All the other Ninja authors have been discredited or fallen by the wayside. But, Secrets of the Ninja continues to bring in over a million dollars a year in revenue for three major publishing houses and at least a dozen or so 'front' companies -- dummy corporations that insulate them from prosecution for blatant copyright infringement. And, was solely responsible for the financial success of one publishing firm that didn’t even have a martial arts section in their catalog until my books came along.

One publisher with whom I signed a contract in good faith, promised me 15% of net sales of Secrets of the Ninja. When I caught him short-reporting sales and not reporting overseas sales at all, and selling cheap knockoffs and giving all the royalties to a pimp buddy of his, I complained. They voided their contracts with me and even put in writing to third parties that they no longer controlled the rights to Secrets of the Ninja (or any other of my books with them). Per contract, if we severed relations, all rights reverted to me, standard empty promise. 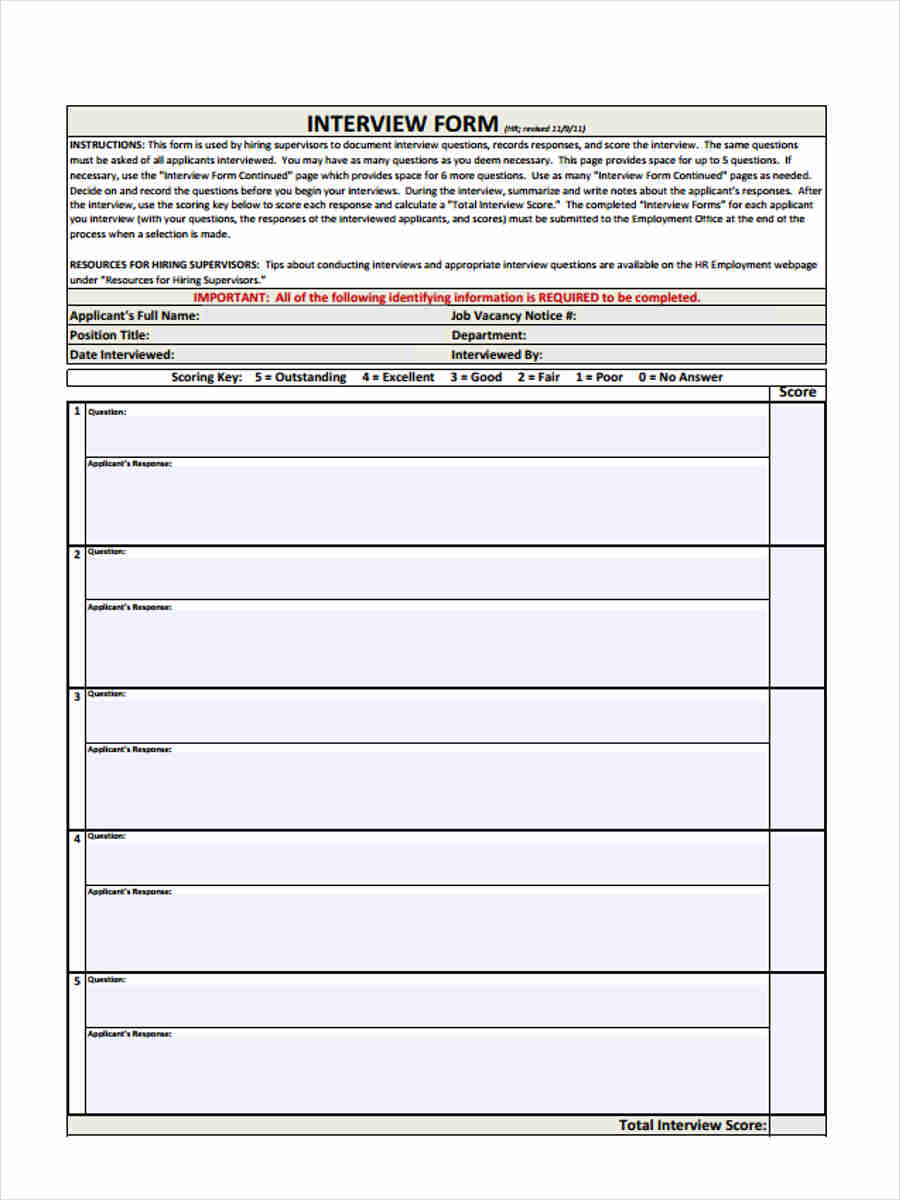 By this time they had sold many secondary publishing writes to paperback companies, one of whom offered to publish any new books I might pen. So, I did a couple for them. But, I noticed on my royalty statements that another person’s name was listed as the author of the new books and all the ones they had secondary rights to as well. I asked about it and was told it was “an accounting device to make sure the money went to the right person.” But is wasn’t, there was a place in the itemized accounting for author and a place for agent, and the agent was skimming off the royalties.

Part of the contract I signed in good faith with them said that if they went bankrupt, all rights would revert to me. But, when the announced one day that they had filed for bankruptcy, the letter from their attorney also informed me that that clause was “unenforceable” and so I was sold like a piece of meat to yet a third publisher in the chain of cronies, who has continued to make himself and others rich at my expense. The “bankrupt company” still has an office and is still listed as publishers of many of the pirate copies of my books, so, they didn’t even really go bankrupt.

Here’s an example of how it works: Last year, under percentages promised me by one publisher who likes to pretend he is living up to his contract but really does it to gloat about how much money he is still making off secondary rights to my books, sent me a royalty check for $41 for a six-month period sales report. Working out the percentages, that means that he made $41,000 for that period as a royalty of 10% paid on $410,000 for that period made by a third party publisher. That is about a million dollars a year off a book that supposedly went out of print in 1999.

The Book Of Ninja Pdf

When I first wrote Secrets of the Ninja, I did so as a way of preserving the history and traditions of an ancient and unique martial art that, until then, no one had really talked about. I suppose it was destined for the veil of secrecy to be lifted because another author, a very amiable and much better salesman who manipulated the marketplace admirably with secret contracts and back door political deals, began to write about the art about the same time that I did, claiming to be the only Westerner ever to have learned it in secret. Of course, he was playing to the mysticism and James Bond crowd, but generally teaching commercially safe martial arts in black ghis.

Another reason I wrote Secrets of the Ninja and Secrets of Invisibility was because they were a way of empowering people. It was so simple! Throw sand in the opponent’s eyes and run away. The ONLY non-violent martial art known to man! Requiring no skill whatsoever, no training, no expensive weapons or uniforms, no bowing or scrapping to anyone as in some foreign culture, no new language to learn. Just simple self-defense. That is why it is so popular. No one else teaches what I teach, because no one knows it. I do not have students, I only have friends I work out with who know it and share it with others.

For a long time after I found out that there were multiple publishers selling pirate copies of Secrets of the Ninja in multiple formats and translations, including Kindle and free bootleg editions online, I tried to fight back by giving Secrets of the Ninja away for free on my website so that, even if I didn't make any money on it, at least people would be empowered and the crooked publishers would be denied their ill gotten gains at my expense. A few years ago Dojo Press re-worked the manuscript, added a few new pages and returned it to their catalog.

These other fellows saw an immediate spike in their sales and began to publish “new editions” of Secrets of the Ninja and re-copyrighted all of my books in their own names claiming to have “added new material.” All they really did was change the cover. They have no new material to add, but I do. The pirates proudly brag that their book is 168 pages. Ours is 232. And, I have all the original pictures and manuscripts and have re-copyrighted everything on top of them with new and better editions in my name; as it should be.

When I complained to the biggest online distributor of these books about all these bogus copies being permitted while I was denied a spot in the marketplace, the director of their copyright department himself refused to speak to me. That is the standard strategy, ignore the problem and hope it will go away.

Secrets of the Ninja continues to be the primary, and in some cases, only product of more than one of many so called “legitimate” book publishers who have grown quite fat robbing me and other authors and have done so with impunity, believing themselves invincible.

Therefore, being Ninja, we shall not fight them. Since we cannot stop them from stealing this book, we shall make it worthless to them. We will simply take away their source of income by giving away Secrets of the Ninja to anyone who wants it FREE OF CHARGE! Why pay these robber barons and make them rich so they can steal from you and others when you can have it for FREE? They don't have it and we don't have it. That is what Nikita Khruschev called 'détente.' But YOU, my friends, will have it, and that is the important thing.

So, if you want free copy of what they are trying to sell you for their own greedy profit, here it is. You can download it on this page.

This is the ONLY legitimate and authorized edition of Secrets of the Ninja. Any other book with this title and my name is a pirate copy, not as good as mine. As Jackie Chan said one time when asking people not to make illegal copies of his movies, ”We try to make a good quality product and sell it at a fair price, please don’t steal what little we ask.”

Also, I ask all of my loyal fans and friends, and there are thousands of you, to boycott any and all editions of any of my books except those published by Dojo Press. Those who wish to might want to ring up the various people who claim to own my books and express your displeasure with their underhanded methods, for I am not the only one they have cheated like this.

Some have asked why I haven’t gone to court. I have. I tried many times to seek justice, I appealed to the Federal authorities charged with investigating copyright infringement and was told “We only go after the big cases.” When I replied that I estimated my losses over a ten year period to be over a million dollars, the response was “chicken feed,” and was simply ignored. I hired several lawyers. One of whom was all fired up to be on my side. Promised to write a nasty letter to one of the publishers I had demonstrated to him clearly was cheating me. He spoke with them once by phone and never spoke to me again. Most were afraid to touch the case because “copyright is a very complicated issue.” But, breach of contract isn’t. The ones who tried were either frightened off by an army of lawyers or bought off for a few thousand dollars. In fact, there is a rumor that there is a cabal of shysters out there who call the publishers from time to time and say they represent Ashida Kim just so they can be bought off. A thief would rather spend a million dollars covering up his crime than be honest and pay even the miniscule percentage they promised.

Many people ask me why I haven’t gone “old school” and used what I know to defeat them? That is not the Way. The wheel of fate continues to turn and those on top today are crushed beneath it in turn. Besides, that is not my job. My job is to help people and to try and make the world a better place. It is forbidden to use the secrets of Ninjitsu for personal gain. That is one of the reasons I am poor, LOL

Enjoy my book and be empowered by it! Dare to be great! Train yourself and be your own Master!

This file is in .PDF format and requires Adobe Acrobat to view.